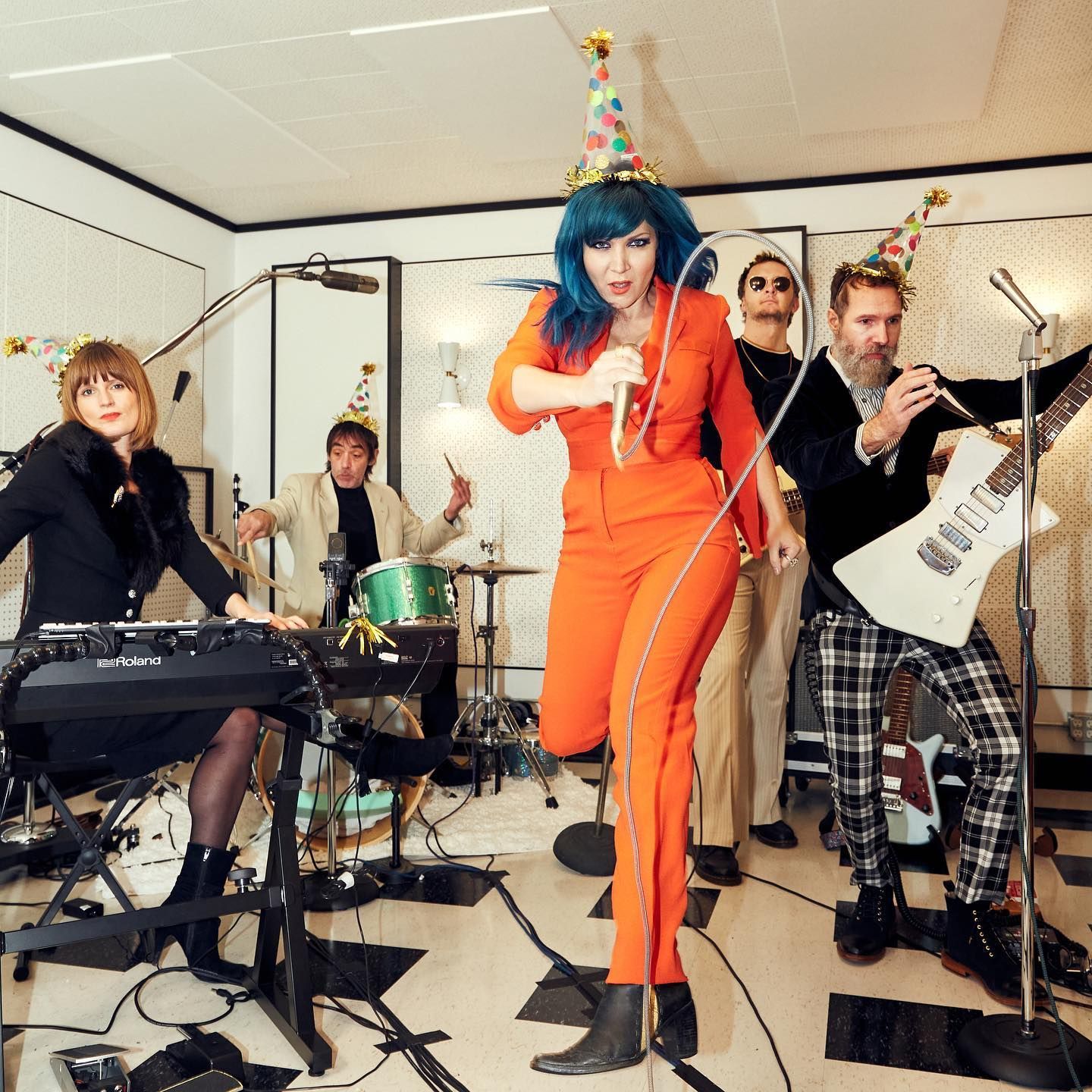 Beaux Gris Gris & The Apocalypse is the musical creation of Greta Valenti and Robin Davey. The pair met when their respective bands crossed paths on YouTube, having already established themselves as performers and musicians. When LouderSounds preaches “Let Beaux Gris Gris & The Apocalypse twist yer melons and remind you of the wonder of life” it might be because the band vibe is easier to pin down than their unique take on the roots genres. Rockshot Magazine elaborates “This extremely entertaining collective is a New Orleans-inspired, American blues-folk-soul band, who refuse to be pigeon-holed”.

To fully understand Beaux Gris Gris & The Apocalypse is to experience the band live, a mix of soulful songs, intense energy, and world-class award-winning musicianship. RhythmBooze summed up the show finale as “A mind-boggling, blistering finish with everything thrown in including the kitchen sink…truly memorable”.

Beaux Gris Gris and The Apocalypse’s debut album Love & Murder spurned Top 10 hits in genre charts across Europe. The albums wide-reaching appeal earned it a #13 placement in the “Top 50 Albums of the year” by Classic Rock Magazine, describing it as “A sensual, vibrant cocktail“

Guitarist Robin Davey was the youngest ever inductee into the British Blues Hall of Fame. He spent time as an artist on Atlantic and Interscope Records and has recorded with a wide spectrum of artists from Mick Jagger to Katy Perry. Multi-award-winning vocalist and songwriter Greta Valenti is Louisiana-born-and-bred creative with generations of her family dating back before the Louisiana Purchase. Her rock outfit Well Hung Heart (OCMA’s Best Live Band) toured the USA opening for the likes of Fitz & The Tantrums, Twenty One Pilots, Foreigner, and Offspring.

While Beaux Gris Gris is the musical arm of their creativity, the pair have also established their own multi-award-winning creative agency, Grow Vision, as a sought-after multimedia content and development team. Daryl Hall asked them to direct and produce his TV show Live From Daryl’s House for Viacom, elevating the show from a 30 min syndicated TV show to a 1-hour, Dolby surrounds premium mainstay on VH1 and MTV Live. Their latest feature documentary The Unbelievable Plight of Mrs. Wright has won over 50 film festival awards and secured distribution through Gravitas Ventures. Their visual work on the Taco Bell 50th Anniversary celebrations secured them a prestigious W3 Award. The duo are currently producing a documentary on blues veteran Larry McCray for Joe Bonamassa’s Keeping The Blues Alive Records.

Having headlined festivals across Europe, including Upton Festival (UK), The Great British R&B Festival (UK), Moulin (Netherlands), and Blues Alive (Czech Republic), the band were nominated for Band of the Year at the European Blues Awards.

The NEW SINGLE & MUSIC VIDEO WILL BE RELEASED IN FEB 2022.