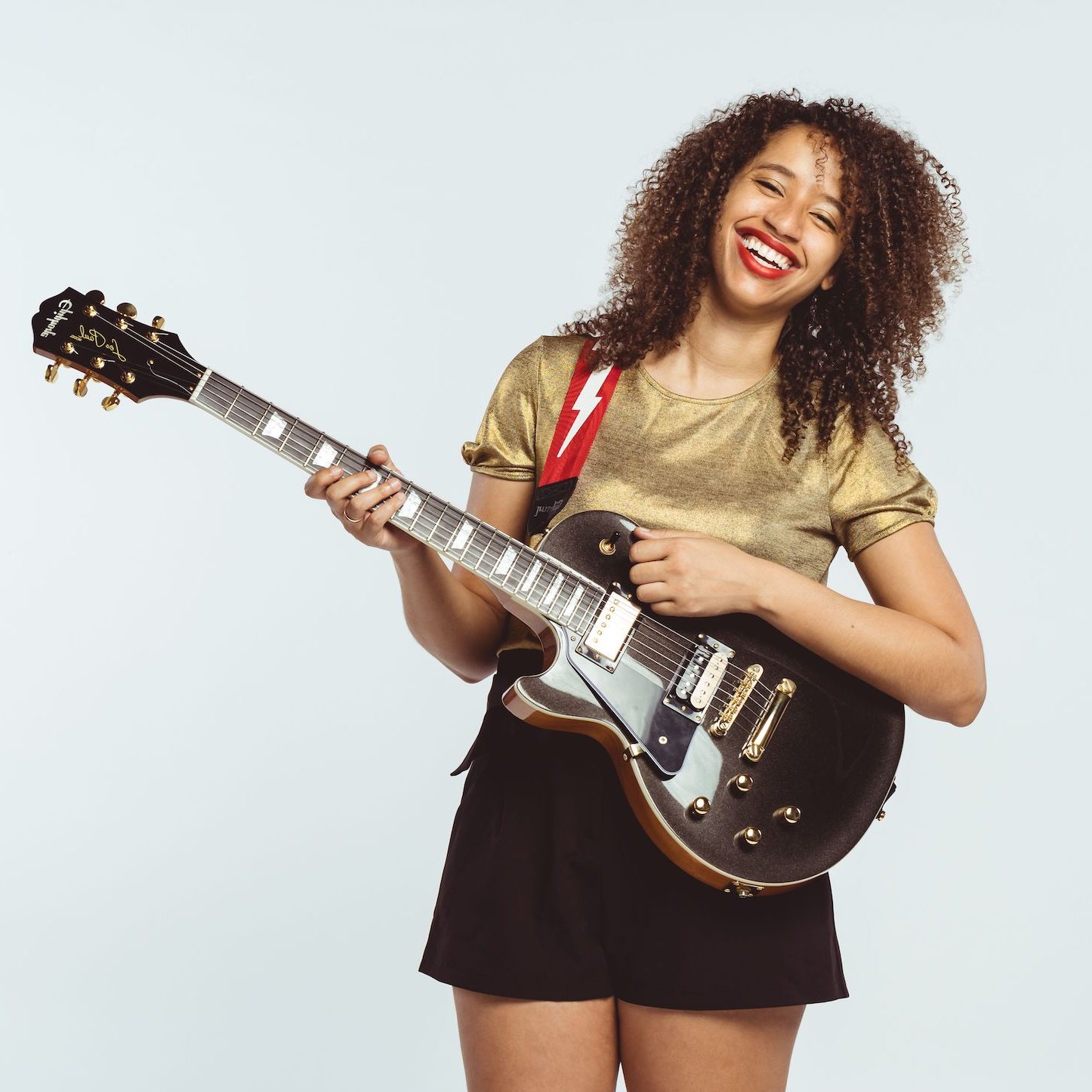 Venson was born in Austin, Texas. She grew up the youngest of nine siblings. Her father, Andrew Venson, worked for 40 years as a prominent professional musician before retiring. Venson’s mother, Dr. Diane Brinkman, encouraged her to begin playing piano at age eight. Venson was not very disciplined in practice, noting: “It took me three years to put the focus in enough to where I could put my hands together on the piano, and it took me an additional two and a half to three years after that to even want to practice for more than 45 minutes at a time, which you have to if you want to learn how to do anything.” It took Venson about three more years to be able to focus on playing for “three or four hours straight like a working musician”. Venson considers her musician father a major influence:

Venson attended the Berklee College of Music, where she majored in composition and studio production. Venson said she had a bad experience at Berklee with the ultra-competitive environment the staff fostered, describing it as “American Idol the school”. “Berklee was really hard for me”, Venson recalled. “I was expecting it to be one thing and it ended up being another thing and I was really depressed probably for the entire time I went there. I didn’t really play at all.” At a social gathering, Venson was inspired by the ease with which a schoolmate performed the guitar, noting that the student “looked like he was having so much fun, and I was like, ‘Dude, I don’t have that much fun doing anything related to music”. She decided to pursue guitar and began learning the instrument in 2011, during her last year at Berklee. Her piano studies and the music theory she learned in school helped Venson adapt to the new instrument.

In April 2014, Venson entered the Modern Southern Music Competition and won a headlining spot on the Belk Summer Tour.[3][4] She opened for country artists Jason Aldean, Tim McGraw and James Taylor. She has also performed at the Austin Urban Music Festival. Austin City Hall declared May 21, 2014 Jackie Venson Day, and held a concert in her honor to raise money for an Austin music school.

Venson released her debut studio album, The Light In Me, in 2014. In 2016, she released the EP Jackie Venson Live, and the live album Live at Strange Brew. On September 30, 2017, Venson released her EP Transcends. On October 30, 2018, she released the song “Cover My Eyes” with a live in studio video. In April 2019, Venson released her critically acclaimed album Joy and celebrated that release with a sold out show at Austin’s famed Paramount Theatre. Though 2020 was filled with turmoil caused by the Corona Virus Pandemic, Venson doubled down her creative efforts after her touring year was cancelled. First by dedicating herself to going live on a consistent basis to several platforms and second by releasing 5 albums of music; 2 live albums (Live in Texas, Jackie Venson Live at Austin City Limits) 2 volumes of her DJ remix project Jackie the robot and one studio album (Vintage Machine). This monumental output of music and live streaming star Venson’s star rise significantly and caught the attention of the historic television series Austin City Limits. On Nov. 14th Venson made her national television debut on as a part of Austin City Limits’ 46th season. All of Venson’s live streaming also landed her at number 10 on Pollstar’s Top Music Live Streamers of 2020, putting her among established outlets like the Grand Ol Opry and accomplished artists like Norah Jones and Questlove. In Summer 2021 Venson joined Melissa Etheridge for her musical cruise in the Caribbean, joining musicians like Celisse Henderson and Britney Spencer.